Scale Model Challenge 2015 was held on 10 & 11 October. For the first time it was a two day event, with workshops on Saturday and the main show on Sunday.

Due to circumstances I arrived around 14h (on Sunday) when the event was already well underway. For the past few years I always spent the entire day at Scale Model Challenge, which gives the false impression that there’s plenty of time to check everything out. With only a few hours to walk around the miniature goodness filled halls of the NH Conference Center in Veldhoven I really had to rush!

The usual combination of taking pictures & video, chatting with people and spending time shopping and checking out the painting competition entries proved very difficult due to the time constraint. I basically made a quick tour of the show with my camera, the results can be viewed below. Then I did some shopping and spent a bit more time at the painting competition. I met a lot of people underway, spending way too little time catching up on the hobby gossip. On the other hand I also missed quite a few people as well. So sorry to all of you which I have only spoken very briefly, or wasn’t able to meet at all.

When walking around the club area I noticed it was a lot quieter than the last two years. This was probably caused by the fact that there were some extra halls added. Some wargame demos together with a hosted Warmachine tournament were held in a room in the back, just like some of the RC club stands. Another thing which attributed to this was the fact that the catering area was also setup somewhere else. In a way this was good because there was more room for the crowd, but on the other hand clubs are at the heart of the sociable atmosphere of the event, so it’s better to busy.

The trader’s room didn’t change much. I bought some regular supplies: paints, wooden plinths, some new tweezers, etc. There’s plenty of choice if you’re looking for tools, miniatures or accessories.

The competition area had some layout changes as well, and while still pretty crowded I felt that the traffic of people flowed very well. Of course most of my interest went to the SF & Fantasy figure painting categories. To me they appeared to contain less entries than last year, but that could also be caused by the layout of the display. Anyway the overall level was very high and I really had some regret that I didn’t take part this year. Another trend that I noticed is that there’s less and less 28-32mm miniatures being entered. Most of the entires are larger scale and even busts. Sometimes I go to a show and completely miss out on the best of show miniature. But this year I was able to have a good at them, they were really standing out! So I managed to have a good look and multiple angled photos of these entries, which you can see below.

A way too long prize ceremony (one hour) rounded up this short but intense afternoon. Another succeeded SMC, big congratulations to the organizers to keep improving every year. For me it really felt I missed out on half of the fun, only visiting in the afternoon and not entering in the painting competition. So next year I will try to return for a full day 🙂

Below you can see a video I made, followed by some selected pictures.

If you want to see the complete set of 140 pictures, please check out one of these links:

One half of the club area: 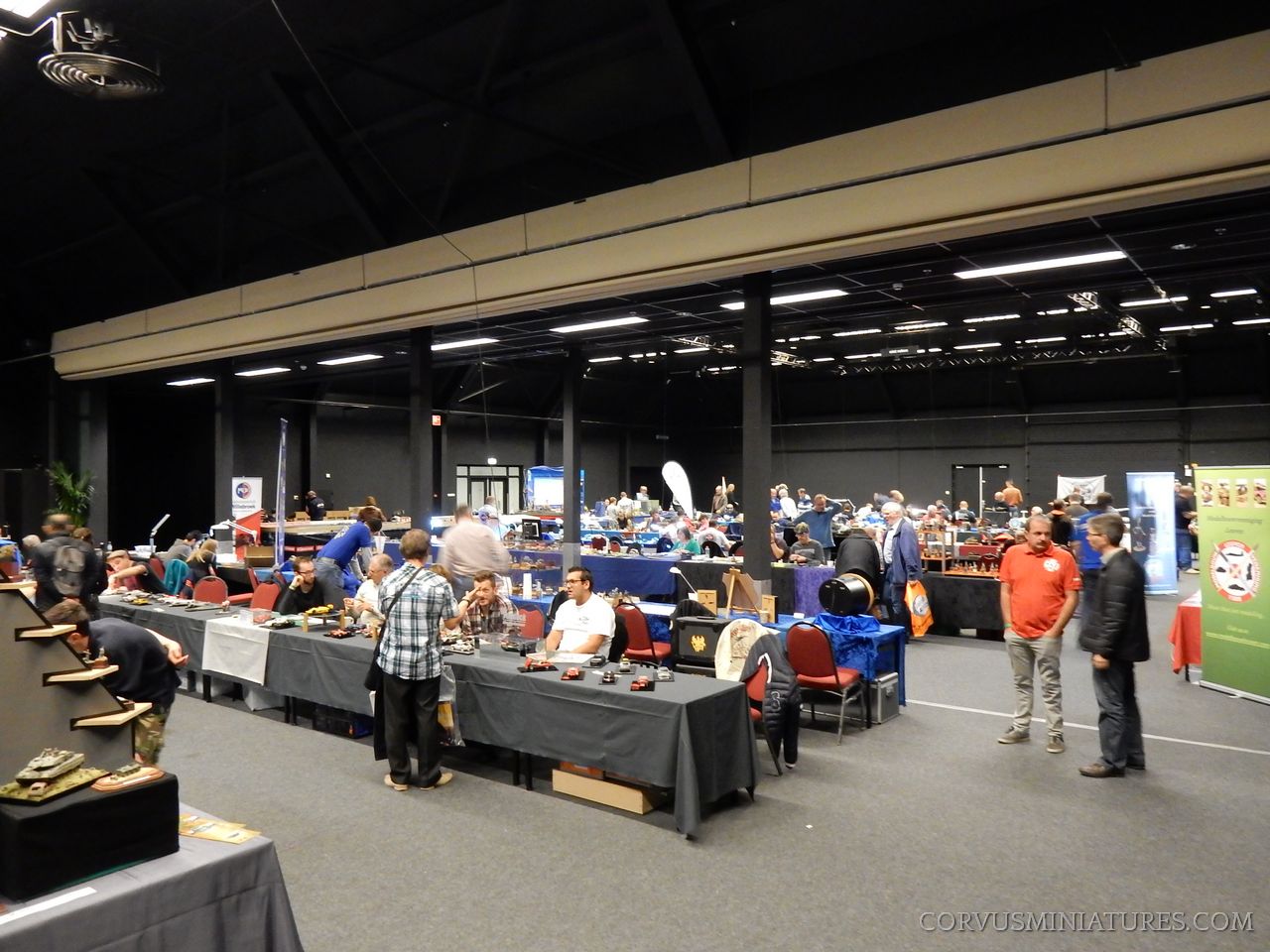 The competition area buzzing with activity. 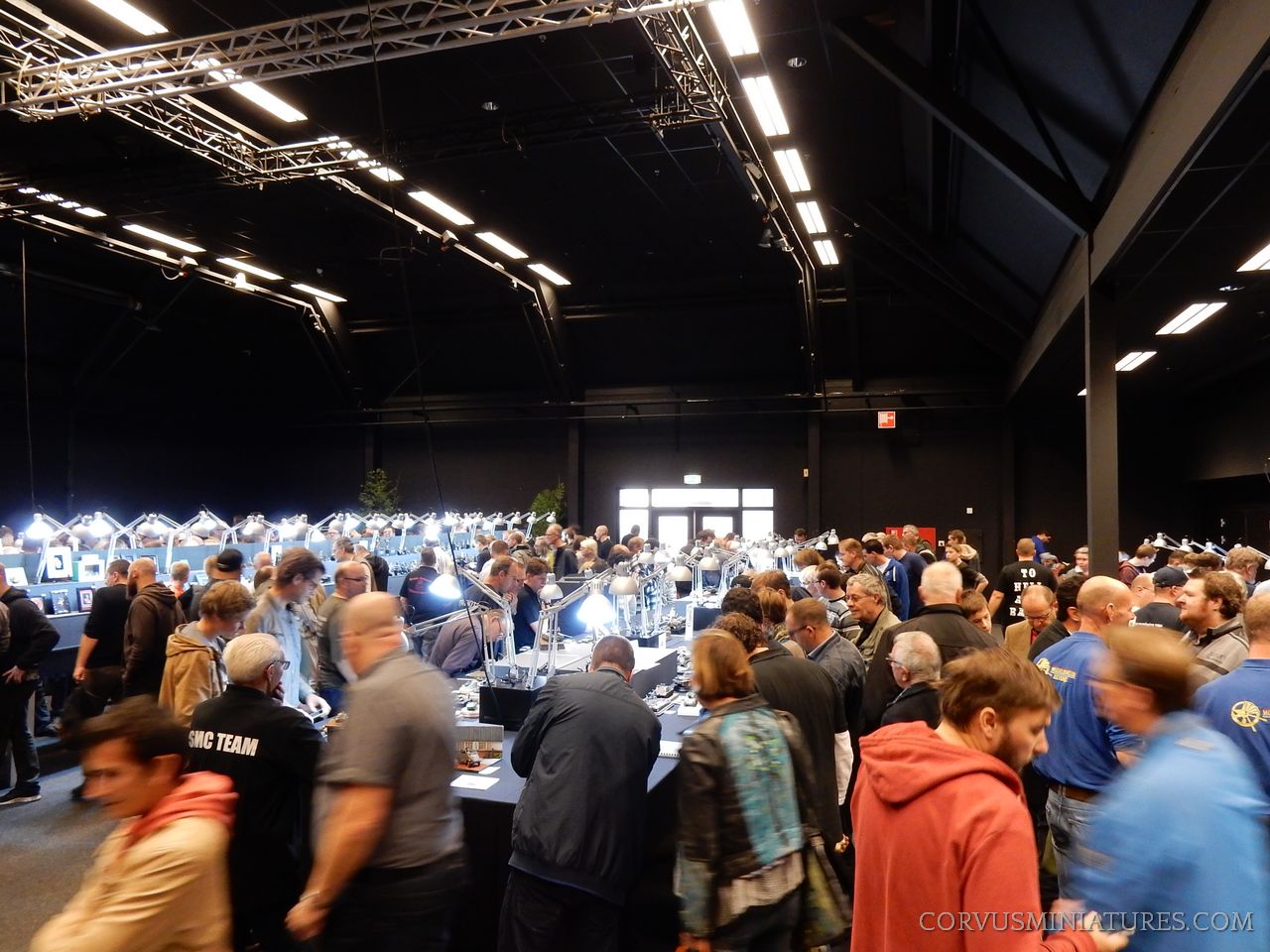 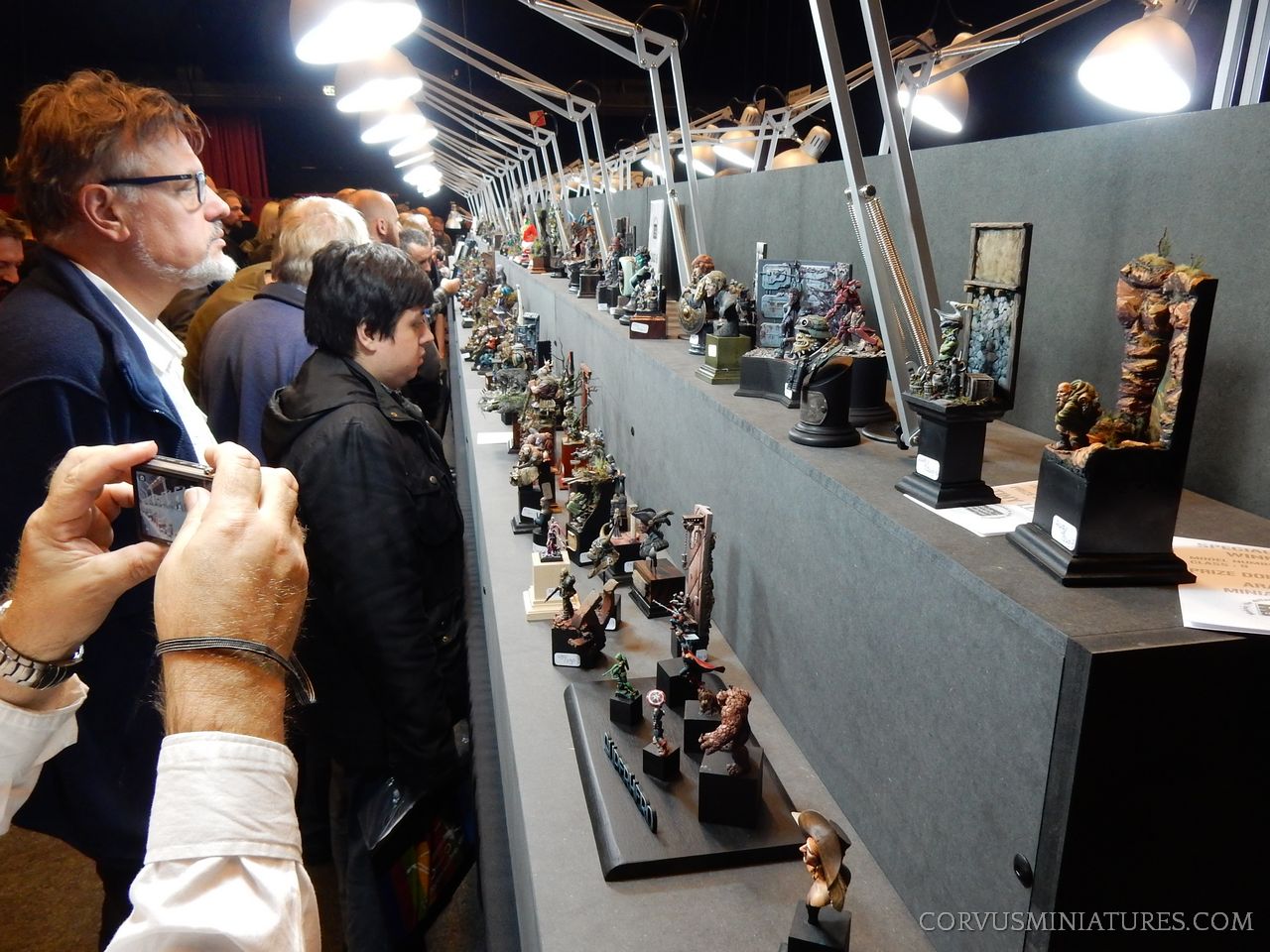 The best of show of the figure painting contest. 100% scratch built model. 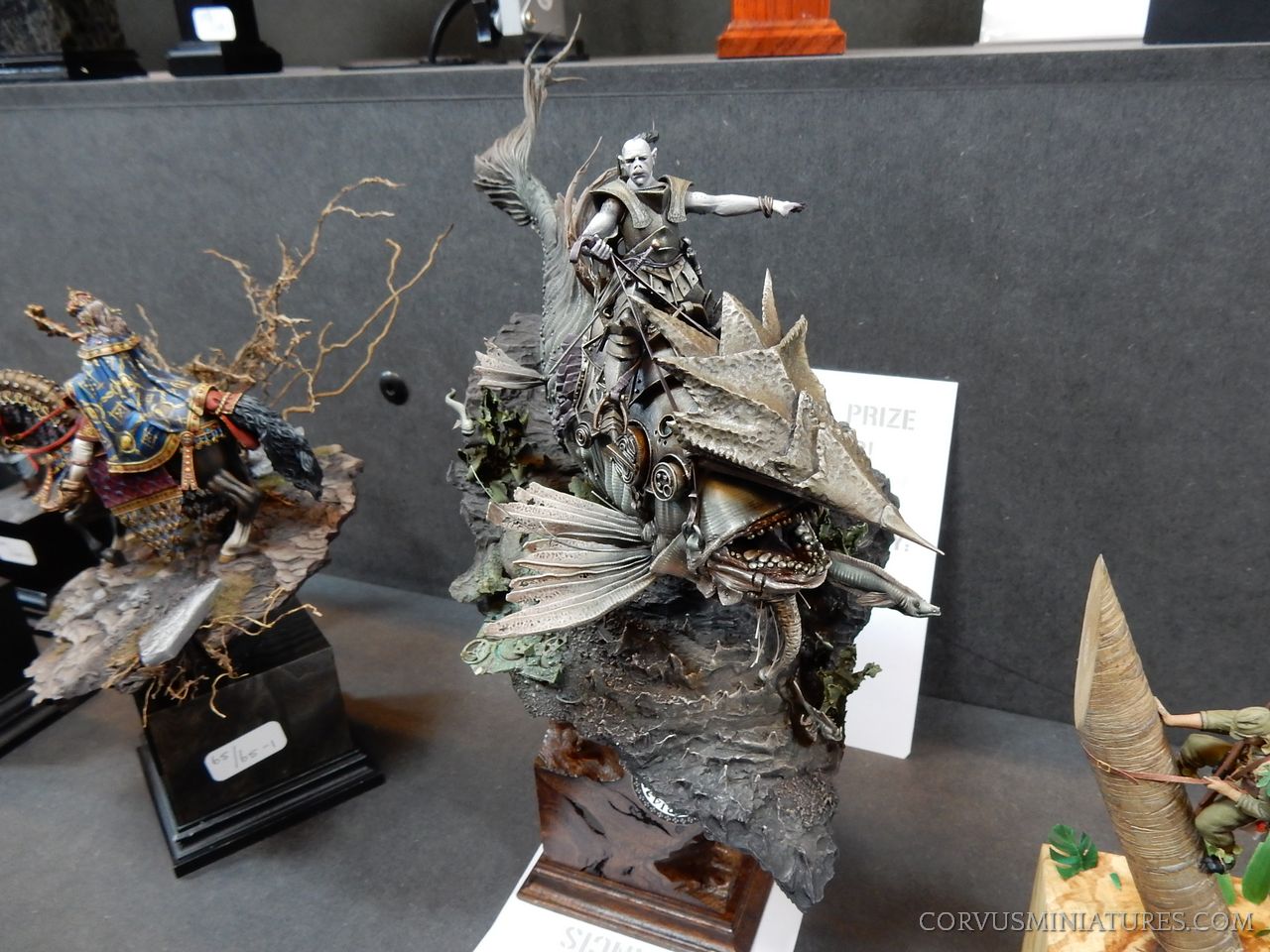 Scale modeling best of show. Not the hundreds of tiny figures on the ships. 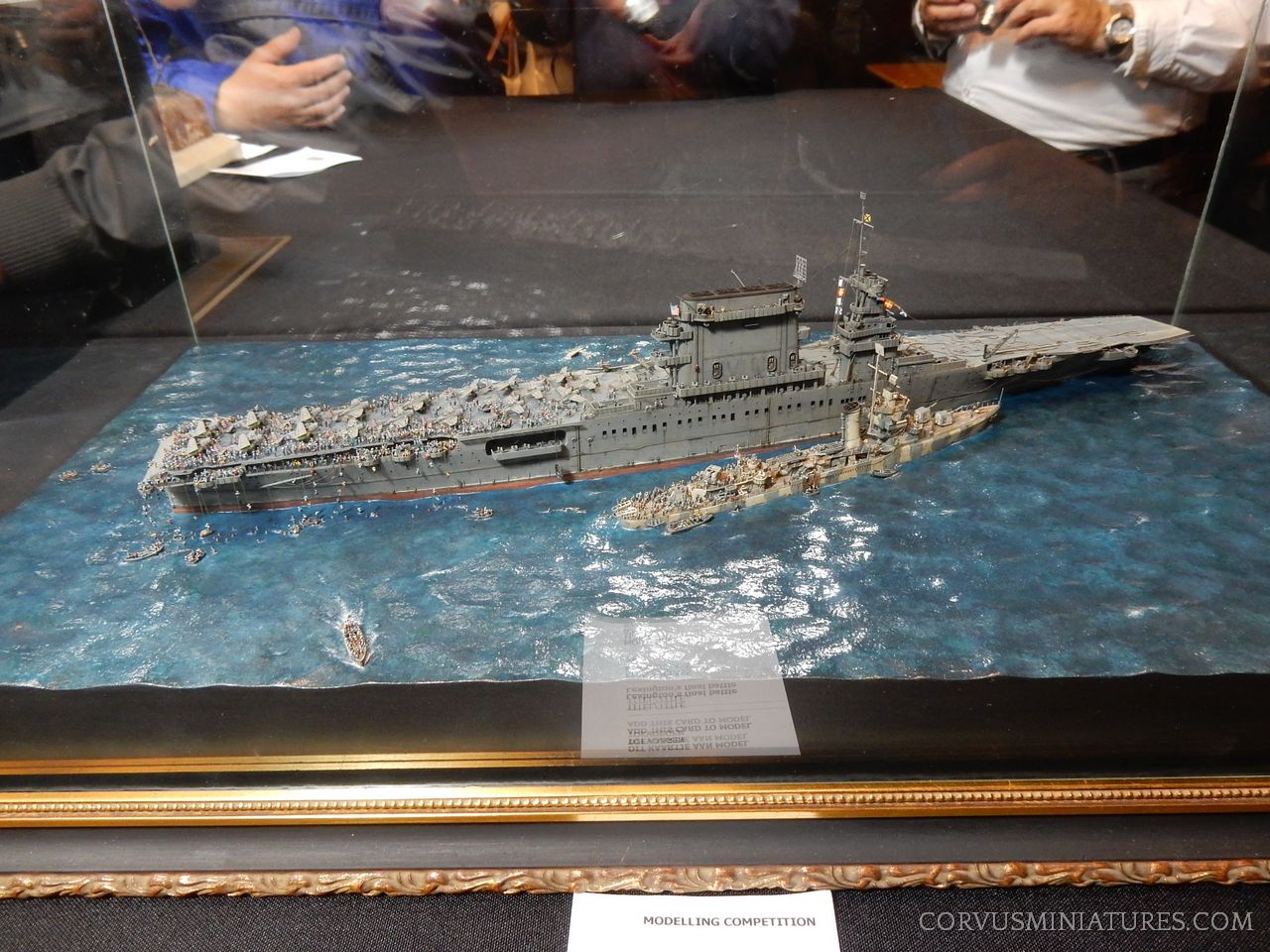 Some other highlights from the competition: 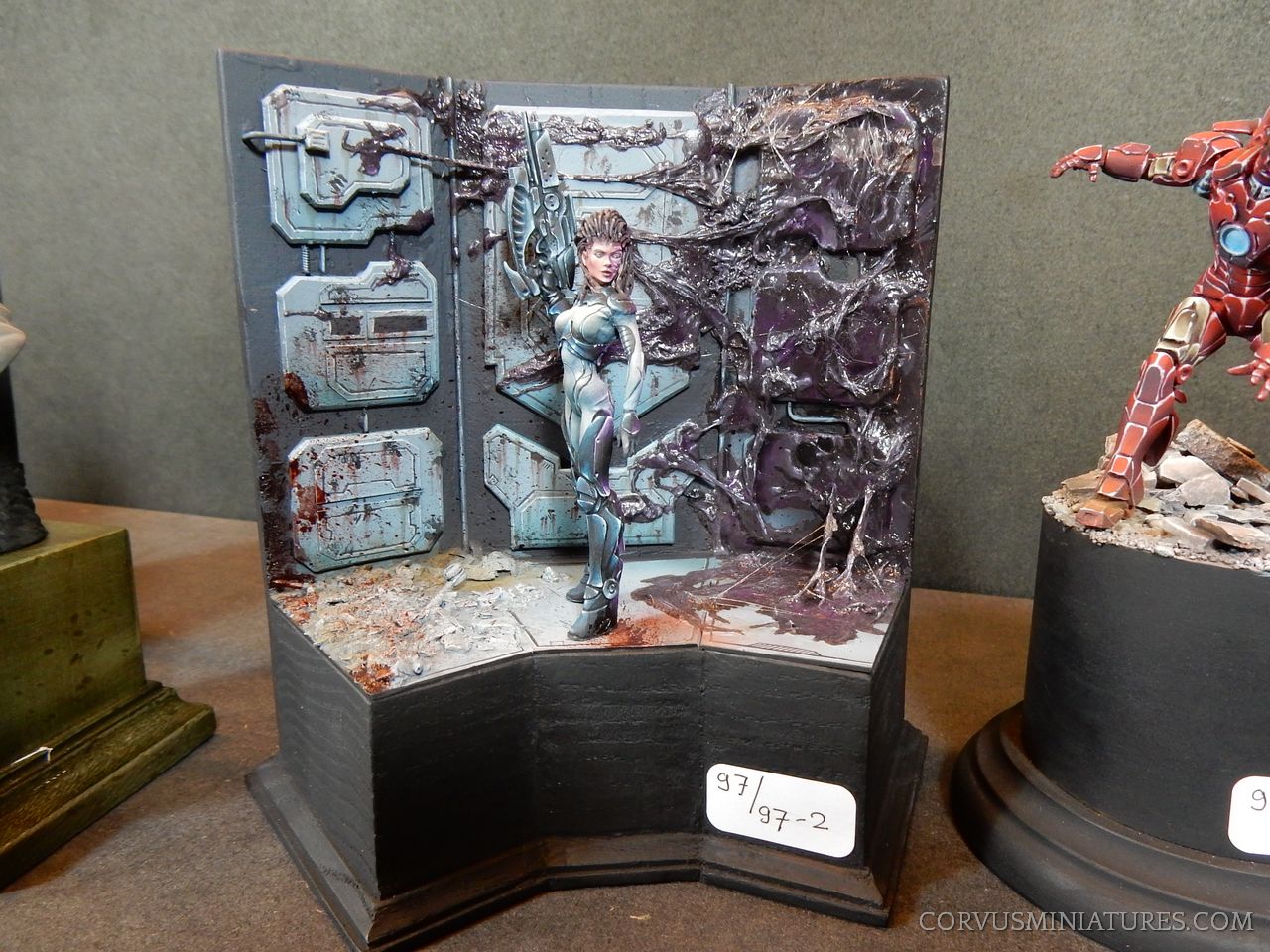 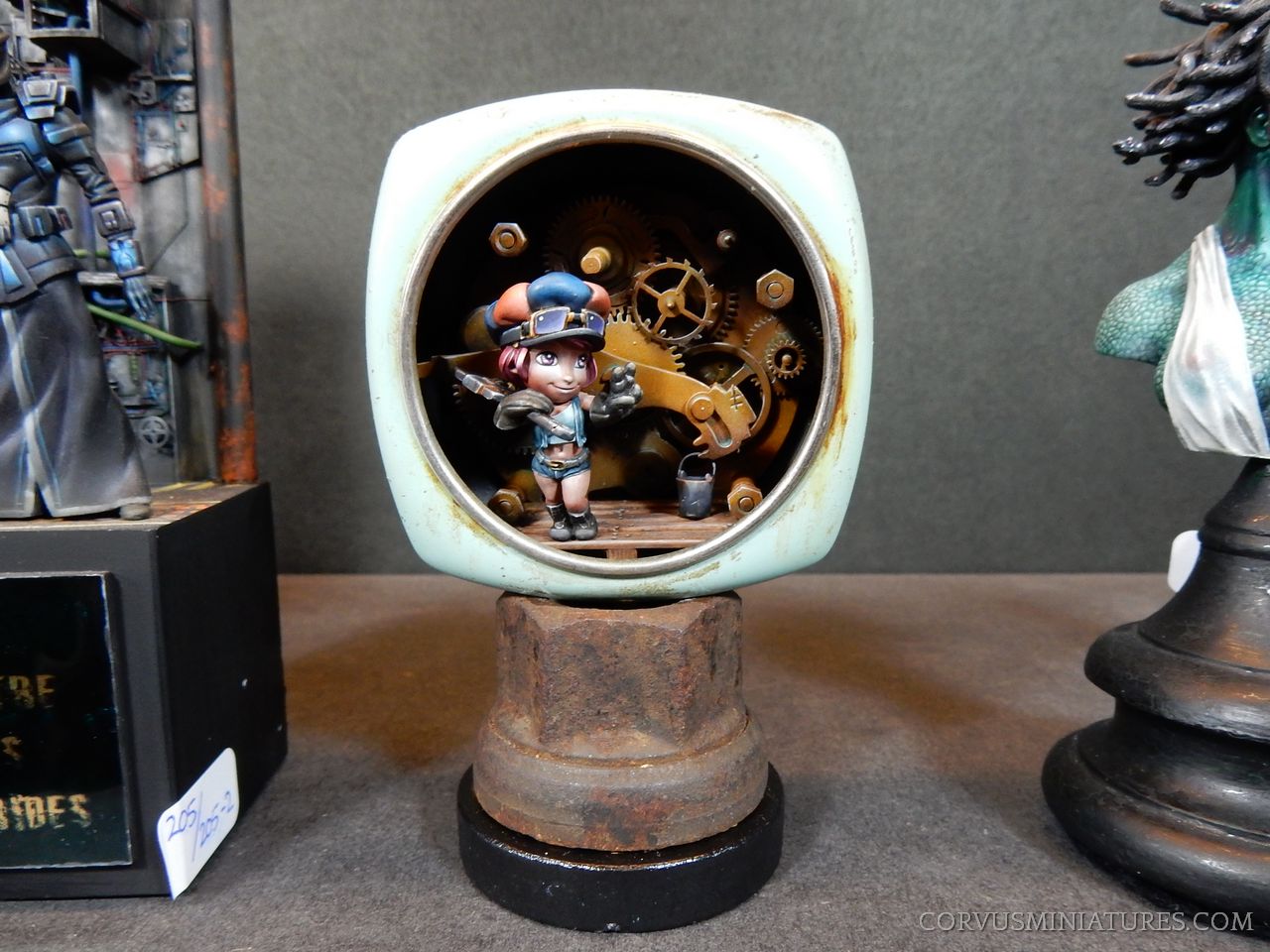 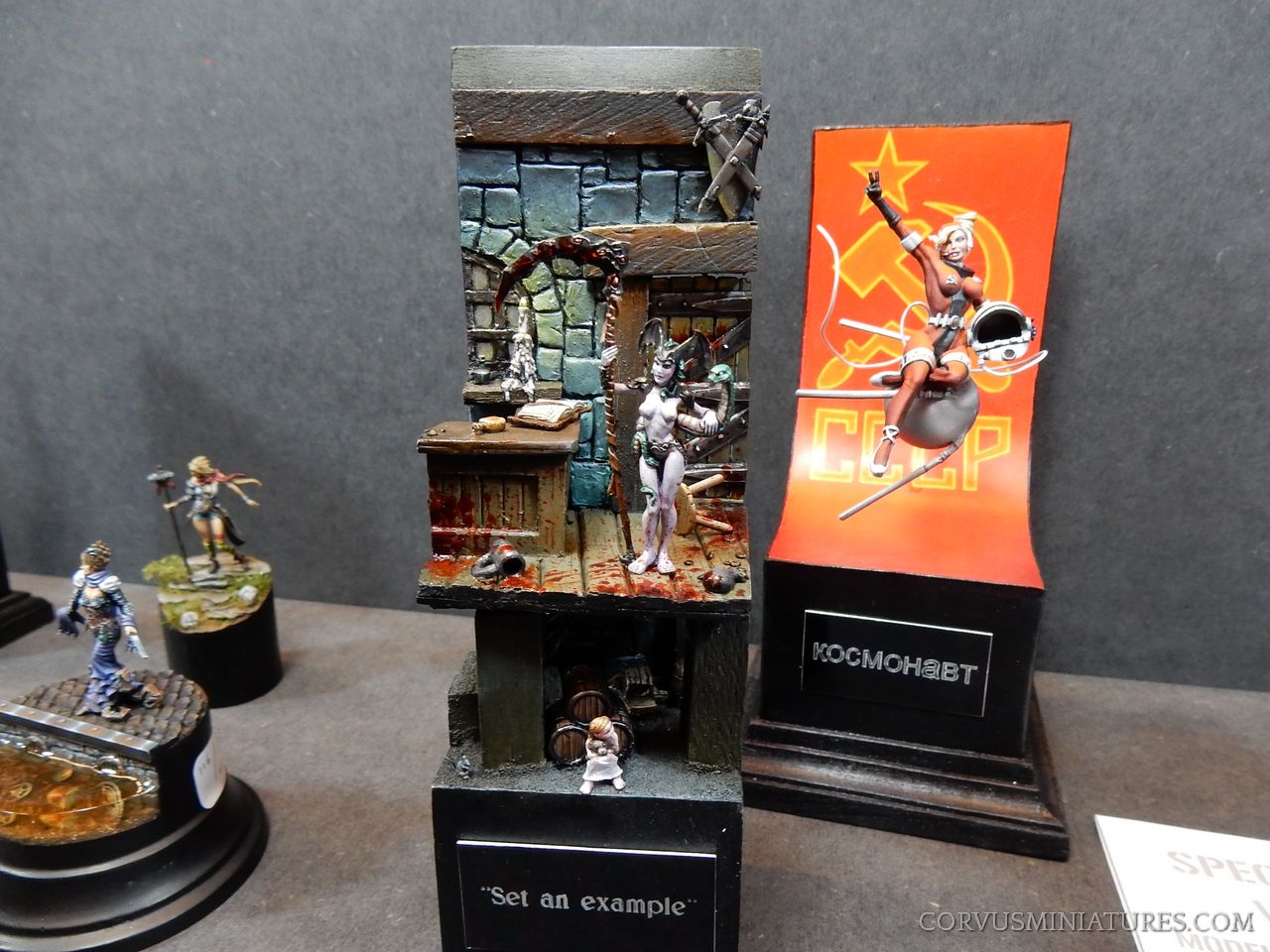 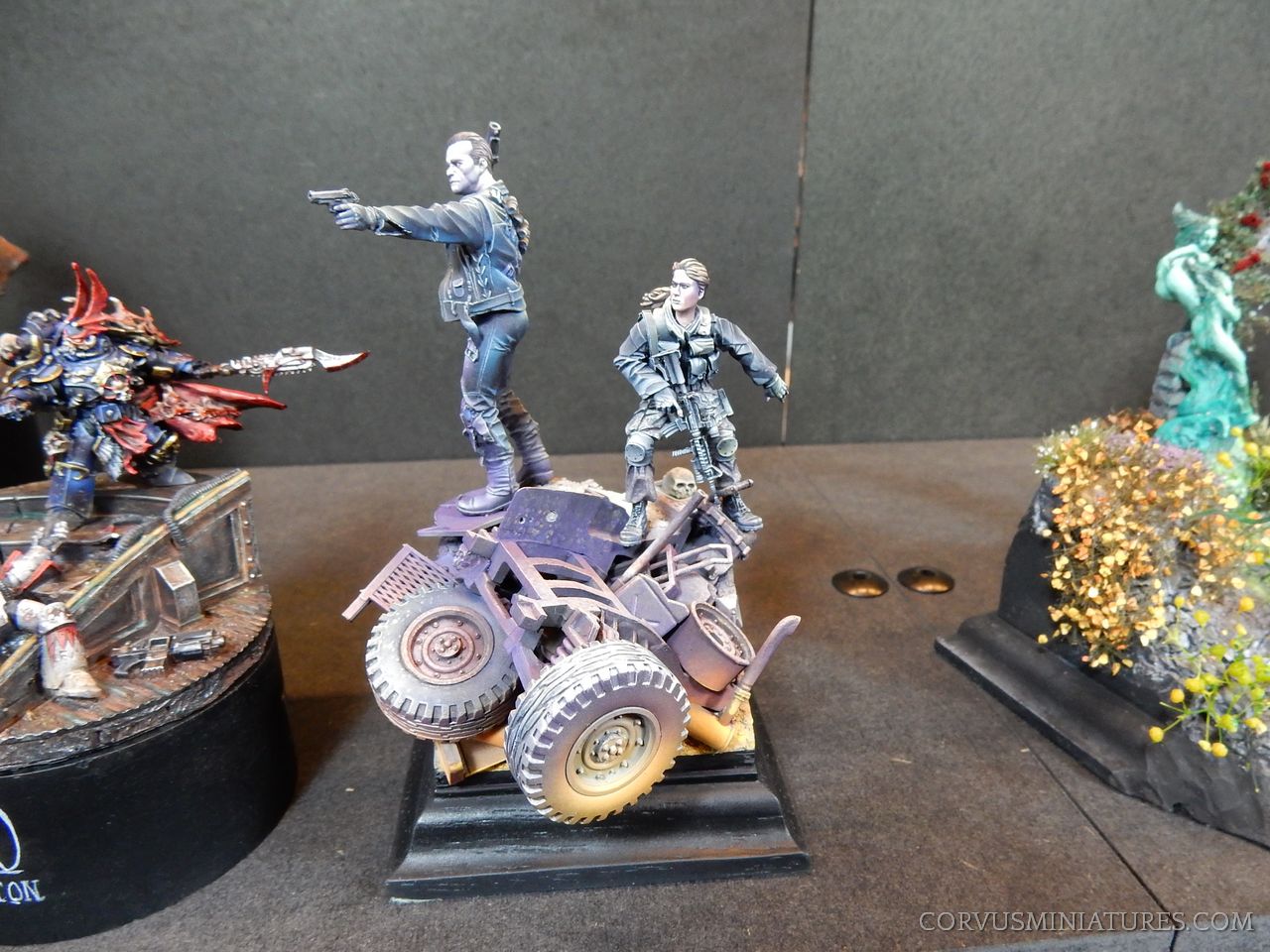 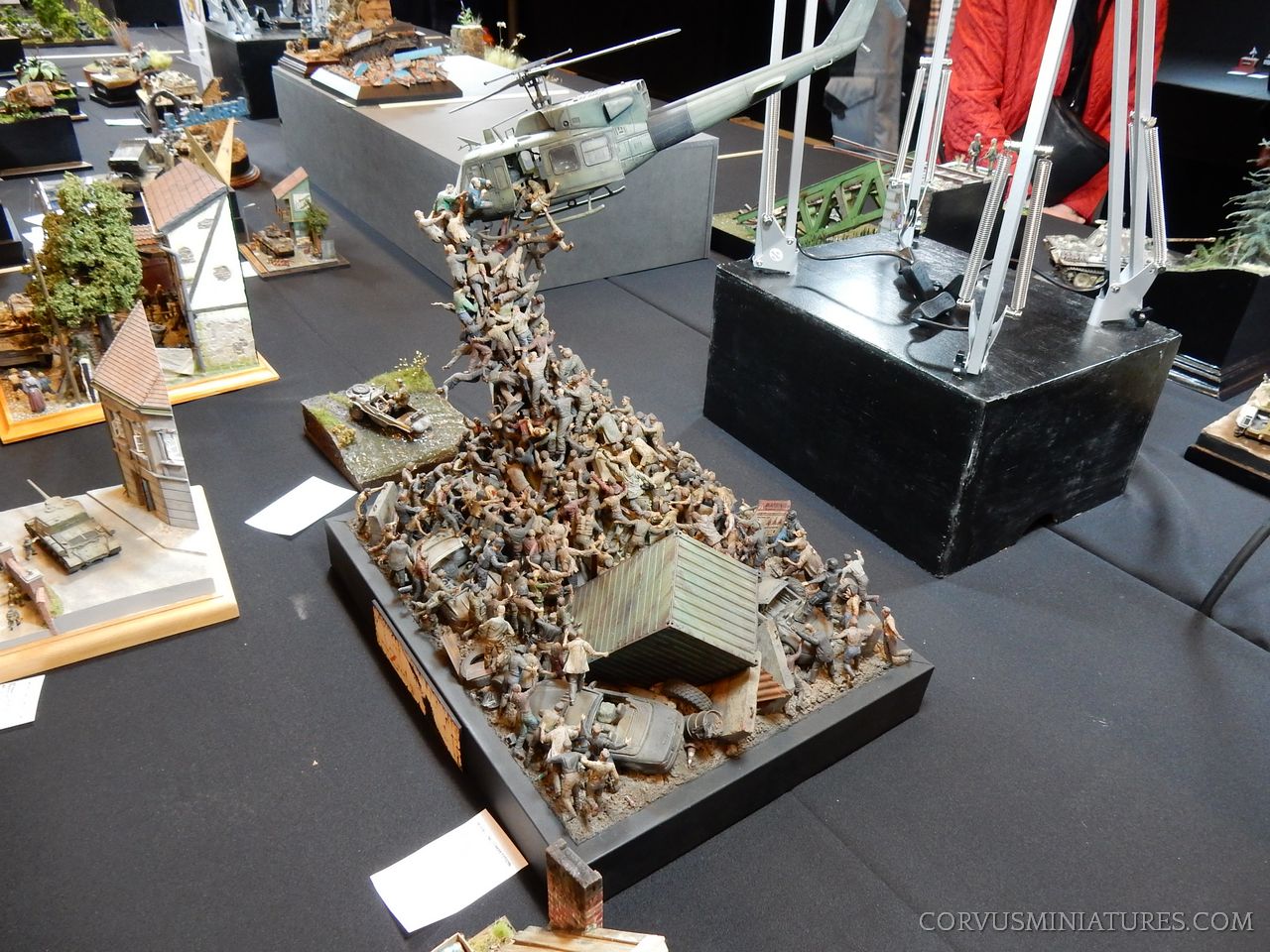 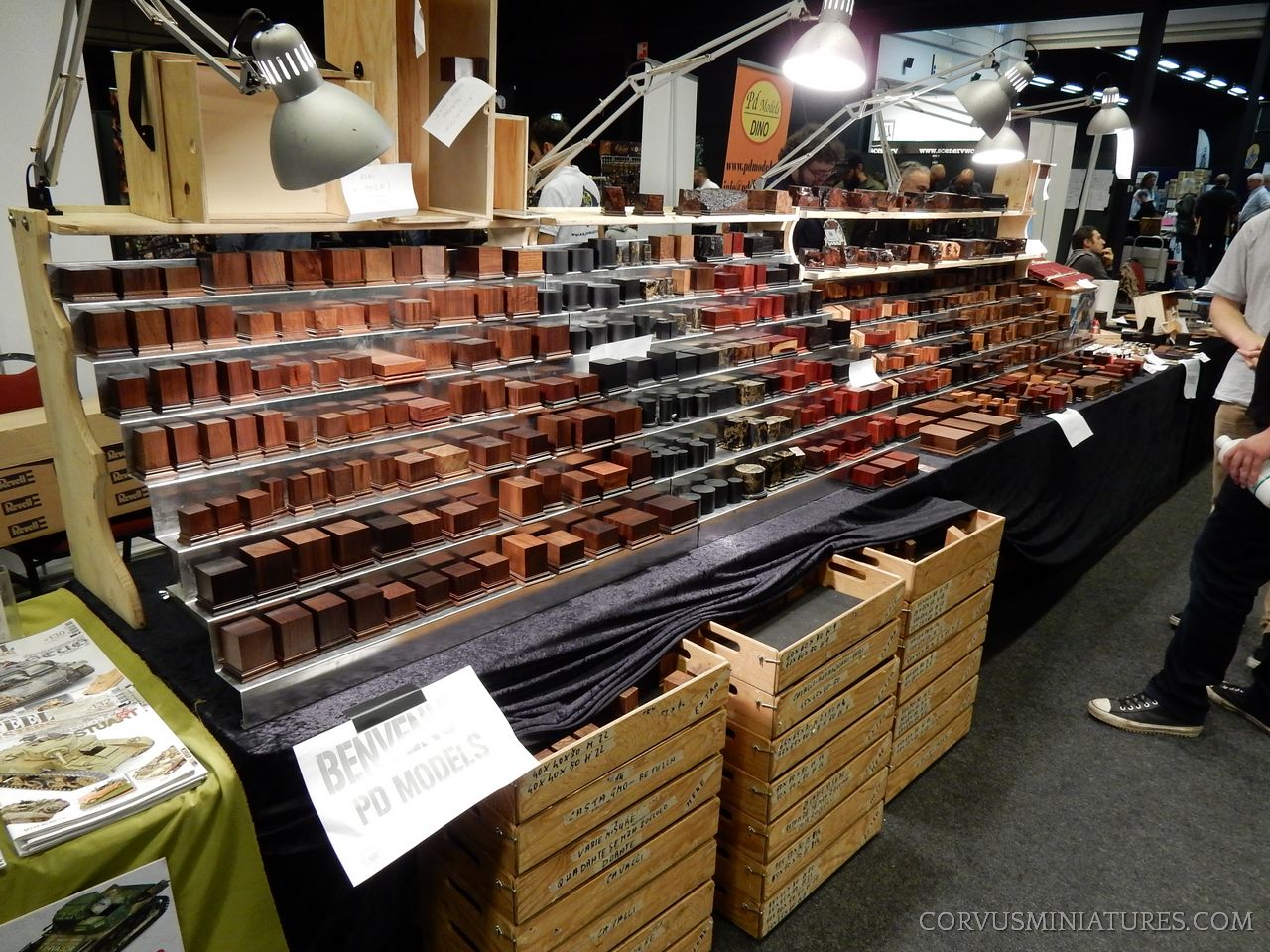 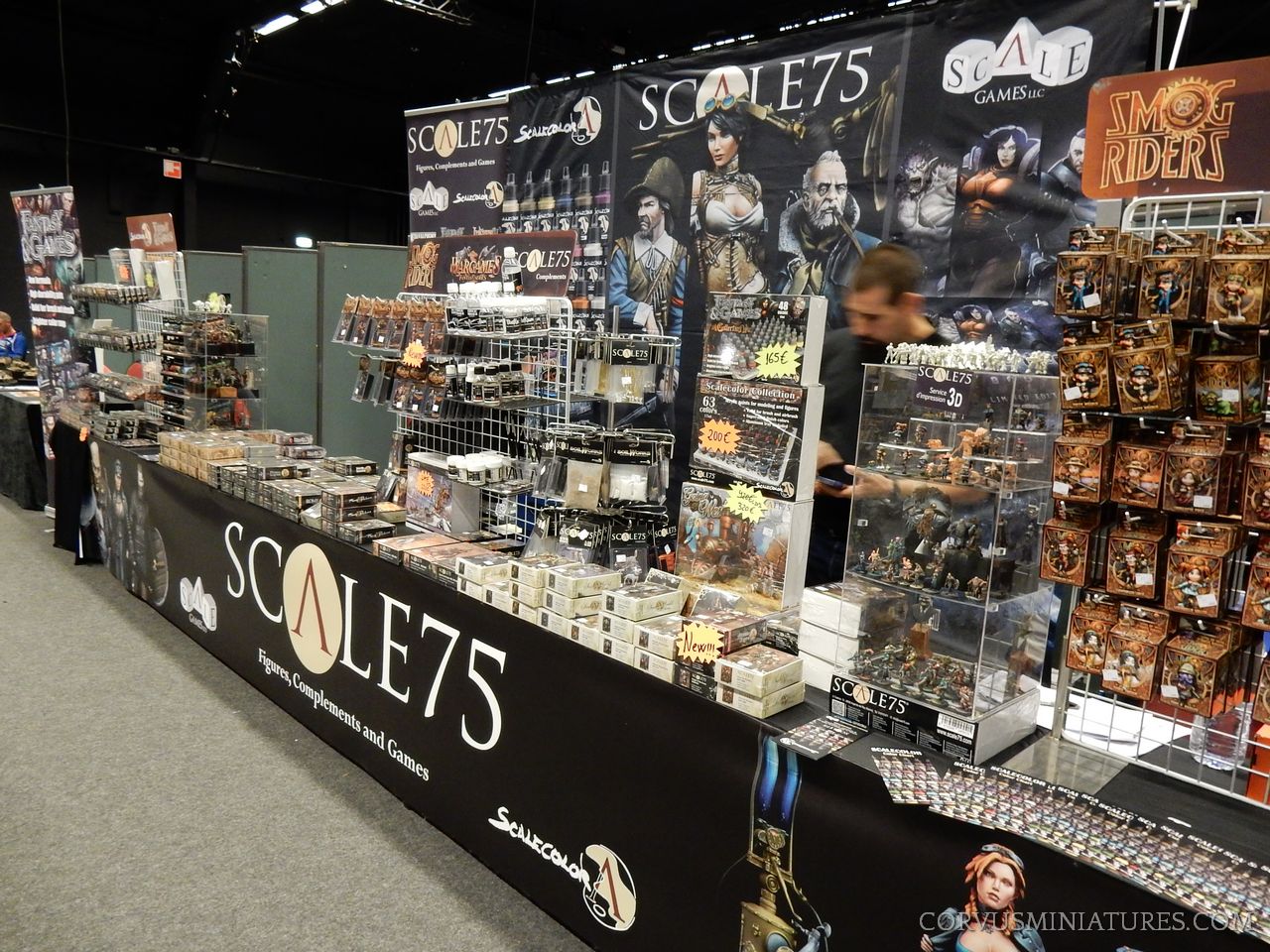 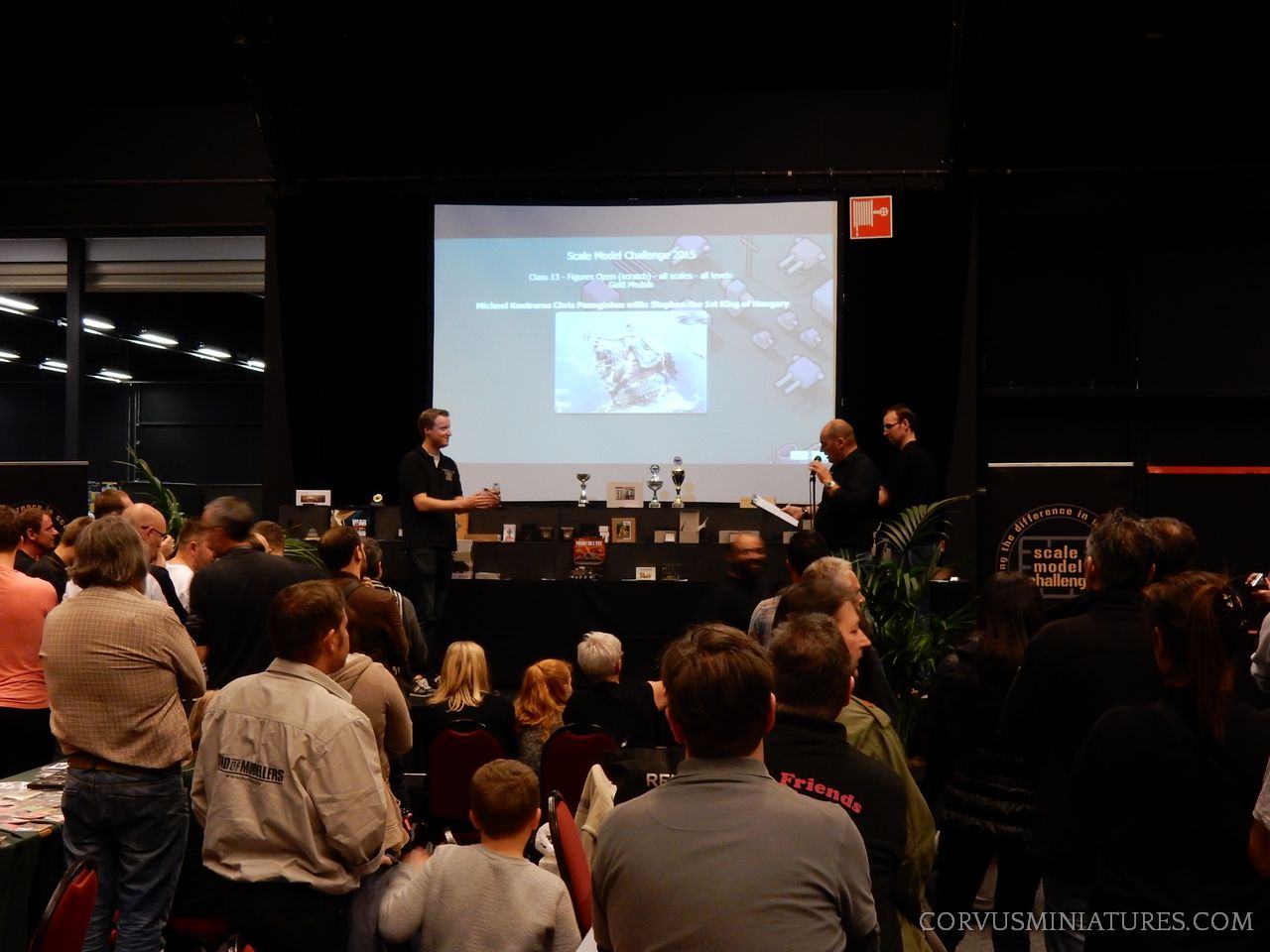